With only 3 days left until the 2015 StyleWeek Swim I would like to introduce our incredibly talented designers! 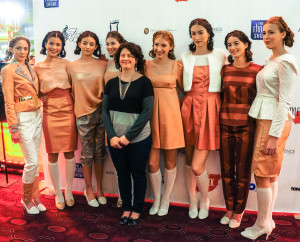 Jessica, a Providence-based designer, creates clean, forward and wearable apparel. She was born in Connecticut and moved to a small town outside of Nuremberg, Germany as a teenager. Jessica received degrees in both Design and Pattern Making from the esteemed ESMOD University in Munich. While in school, she completed an internship with Marc O’Polo, a Swedish clothing brand. Jessica returned to the United States in 2001 and launched her own line. Rather than focusing on trends, Jessica’s designs channel a sharp, effortless sophistication, reminiscent of her German education and the New England upper crust.

Here’s a sneak peak of her upcoming Swim collection! 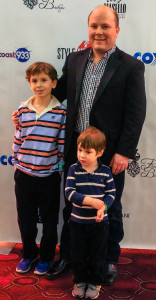 Alistair Archer is an American contemporary fashion brand proudly founded in New England. The creative company is recognized for its innovative prints and wearable style. From a foundation of custom designed prints and patterns, designer Robert Merton builds collections blending textures and silhouette to deliver easy to wear apparel. 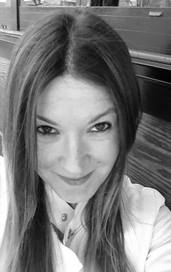 Stetkiewicz is a womenswear line by Amy Stetkiewicz.
Educated at Parsons School of Design NYC in the early 1990s and inspired by all things modern, stetkiewicz is a reflection of the designer’s own personal style. Her aesthetic blends edgy minimalism grounded in technical perfection and unexpected fabrics, construction and styling. Expect clean lines, luxe fabrics and a chic downtown vibe from this designer!

Stetkiewicz has also revealed that her inspiration for this collection was Star Wars!

DeBrichhio designs for women who have a passion for life. They have a fierce desire to standout, while humbly exuding self-confidence. Influenced by the world around him, Creative Director A. Byrd draws inspiration from a scattered array ofelements from architecture, photography, film, and all forms of art, but mostly people.
“There is no better inspiration for fashion than designing for someone’s life,” explains Byrd.
DeBrichhio has matured along with the designer, from humble beginnings growing up in Baltimore, Maryland. He attended Johnson & Wales University in Providence, Rhode Island, where he received his Bachelor’s degree in International Business to prepare for the international business of fashion.

With emphasis on clean line and sexy silhouettes, DeBrichhio seeks to create the unforgettable.

Akarra is a 2000 graduate from Rhode Island School of Design. Since graduating, he has been an independent designer in New England designing for various US and International brands. He holds over 50 USPTO design and utility patents and continues to expand on innovation exploration in design across multiple market segments.

Also, check out Akarra’s recent interview with The Rhode Show about his newest collection and expansion of his company!

Jonathan Joseph Peters is an up and coming American designer who searches tirelessly to find the fulcrum between avant-garde and ready to wear. By mixing pattern, texture, silhouette, and color Peters creates pieces with merit on the runway, and at home in his customers’ wardrobe. Peters has consistently shown since his appearance on season 7 of the reality design competition “Project Runway.”

YOU don’t want to  miss THIS. See you on Sunday!